How to Think About Risk in Retirement – WSJ. 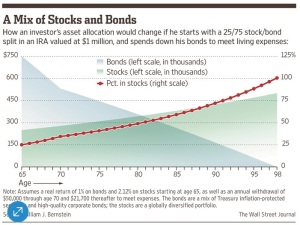 New perspective that challenges the “aged” based ratio when determining a portfolio allocation between stocks and bonds.  They suggest spending down the bond portion of a portfolio, which automatically increases the percentage of stocks held.  Over the many years of retirement the stock portion is anticipated to continue to grow in value, resulting in a “safety net” of equity at the end of the retirement period.

An excellent analysis and a great article.

How Do You Know If You Can Trust Your Financial Advisor?.

Great questions to ask your current or future financial advisor.

Do Financial Experts Make Better Decisions Than the Rest of Us? – The Atlantic.

The “Bottom Line” summary is NO!

“Experts are poorer at predictions than dart-throwing monkeys.”!

“The researchers found no evidence that these financial experts make better investments than peers of similar age, income, and education background—casting doubt on how much value is added by so-called expertise.”

A good read that emphasized that “Money Managers” are human too, making the same mistakes we make.  The question becomes, “how much value is added by professional managers?”  That can only be answered on in individual, case-by-case basis. 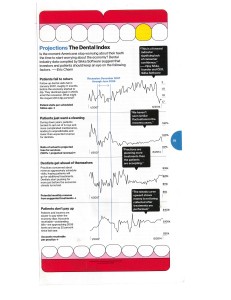 Following coverage by a number of national newspapers yesterday, Noodls (10/16) carries a statement released by the ADA addressing the case currently before the Supreme Court in which the FTC has alleged the North Carolina State Board of Dental Examiners violated antitrust laws in deciding that only licensed dentists could perform teeth whitening procedures. The ADA statement read in part, “If allowed to stand, the Fourth Circuit decision in support of the FTC would likely have serious, negative consequences for the operations of professional boards throughout the country. If the FTC is permitted to encroach on matters that have traditionally been left to the states, professional boards will be unwilling to take actions that they would otherwise deem appropriate, and might even find it difficult to find professionals willing to serve as board members. The Supreme Court has consistently held that the antitrust laws do not apply to actions taken by a state agency, and the ADA is confident that the court will confirm that the activities of professional boards should fall within this state action doctrine.”

Noting that the ADA filed briefs in support of the Dental Examiners Board in December 2013, Dr Bicuspid (10/16) offers continuing coverage of the story.

How hospitals discourage doctors: A step by step guide.

Amazing and true how many of these have happened and are happening at this time.

Has/is patient care benefiting from all this?

How Personal Capital Is Bringing Asset Allocation Into The Modern Era.

The Personal Capital site is a MUST SEE!  The wealth of information and portfolio analysis for FREE is amazing.

They have revolutionized Modern Portfolio Theory and Monte Carlo Simulations with their proprietary software platform.  Now even the individual investor has assess to the techniques, strategies and portfolios of the BIG GUYS!

Check out this site and enter your information, the results are AMAZING!

The best solution to our Health Care Challenge will emerge from the “new” physician executives emerging from MBA programs.

This is a great article that describes this newest trend in medicine.

Physicians, for the benefit of their patients, must not relinquish all control and decisions to a “non-physician” executive team.  By becoming executive themselves,  they will provide greater value to their patients and the healthcare system.